Heysham Atoms have now been the standard-bearers for rugby league in Morecambe Bay for over a quarter of a century.

The Morecambe Bay area was once a proud rugby league heartland. In the 1890’s until the early 1900’s the professional clubs of Lancaster and Morecambe rubbed shoulders with Lancashire giants such as St Helens in the formative years of the Northern Union.

Morecambe Football Club were once regarded as the best rugby club in Lancashire. But financial issues at the club, coupled with their Landlord (The Midland Railway Company) kicking them off their ground and political issues in the game leading to a poor fixture list ultimately contributed to their demise.

The Morecambe Bay area once boasted many junior clubs too, but the downfall of the senior teams led to the game being all but extinguished in Morecambe Bay.

The game returned to the area with the formation of the Lancaster University team. Other local colleges also flirted with the code, but the highest standard of rugby league in the district’s recent history has been consistently achieved by Heysham Atoms. 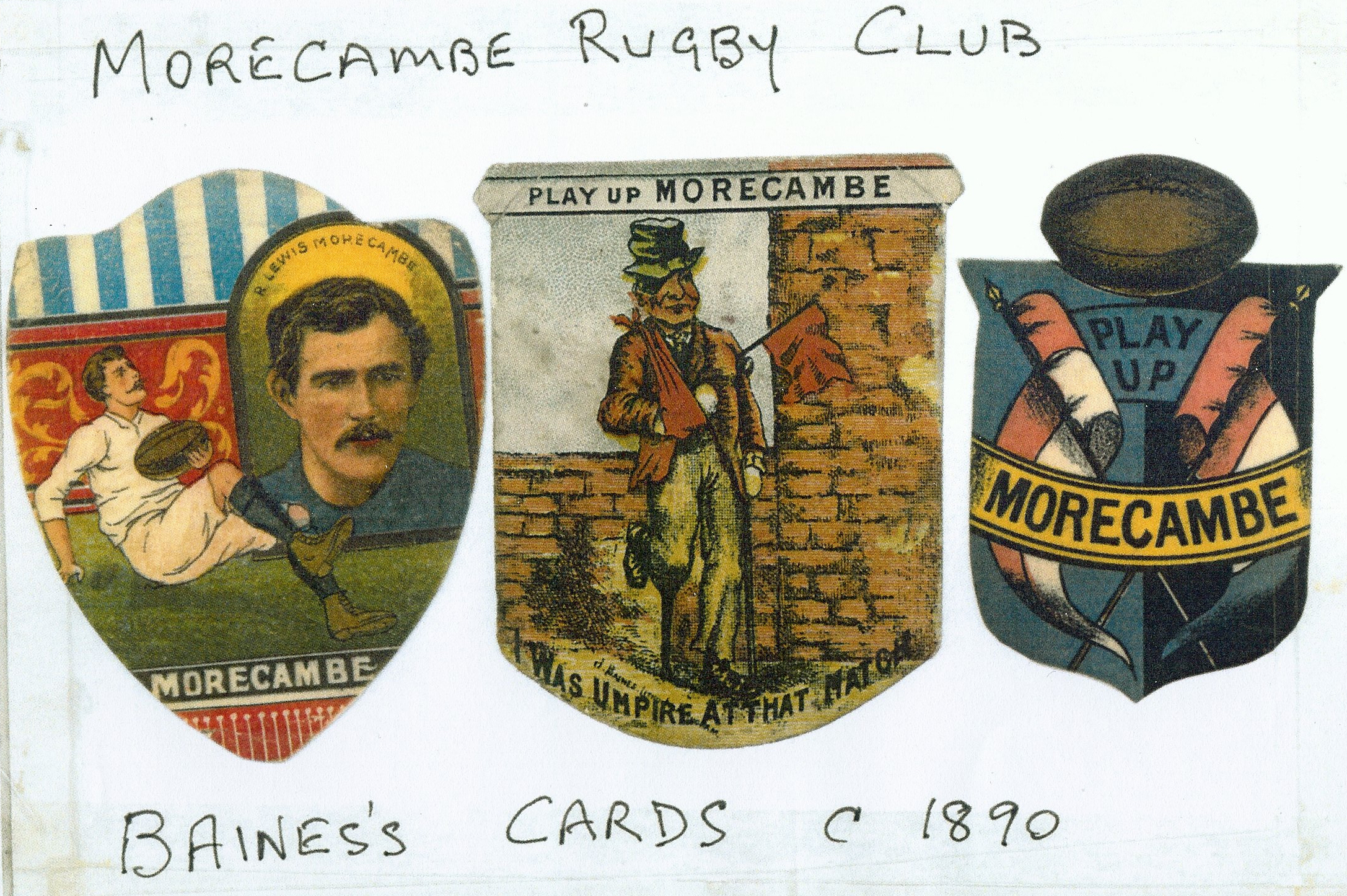 The Heysham Atoms A.R.F.C. started life as the Heysham Power R.U.F.C. around 1983. They had difficulty obtaining a fixture list and were run on a rather haphazard set up.  A lot of the boys were from a Rugby League background and were not particularly happy with the 15 a side game.

In 1986 they decided en bloc to turn to the league code, the idea was to play a series of friendlies, see how well they prospered, and if things went according to plan, apply to join the N.W.Counties league.  They had some surprisingly good results and were led from the front by James Sexton Hamilton, a formidable Cumbria county prop, who had spell with Workington, Blackpool Borough and Keighley, and only a badly broken leg stopped him from touring with the Lions down under. The team captain was John Hughes a skilled hooker or half back, other notables were Johnny Graham a former St. Helens schools star who had played in the same team as several future Saints team players. Second row Dave Watkins had played at the same level and the other Second row was the affable Roger Barton a former Wigan St. Judes star.

It was during this period that the two first non power station players appeared Jim Walker and Welshman Ged Donahue.
The Atoms then applied for and were accepted into Division 9 of the N.W.Counties league. In the preseason two more non power station workers joined the ranks, Andy Bradley a Morecambe based Cumbrian, and long serving prop Dave Crow, at that time the club’s youngest player.

The first season they finished a creditable fifth and with a little help from a league re-structuring were promoted to the eighth division, and were again fifth.
For these first two seasons they were sponsored by Brian Norris of the ‘Smugglers Den ‘ Brian supplied the shirts and the after game meals, the shirts incidentally were presented by the Australian hard man prop Les Boyd, then in the twilight of a somewhat chequered career with Warrington.

At the start of the second season the Atoms were further strengthened by several local players, Andy Aldren, Peter Whaley, Jason Mills, Phil Lee and old grey head himself, Dominic Harrison.
At the same time PeterThorpe was running an under 16 side, This included Alan Owen and Darren Walker who both played open age when only 15 years old. Other players to come through from this team were Bryan Graham who once played at union for his school in the morning and for the Atoms in the afternoon, Simon Brookes, Ryan Weed and of course the much lamented Gareth Pinnington.
Alan Reynolds a Cumbrian Aspatria player joined half way through the second season and eventually became team captain and coach, his broad Cumbrian brogue causing no little confusion at training sessions.

The start of the third season was helped by the addition of Peter Livingstone, David Owen, Gary Butler and Steve Kyle, all of whom were introduced to the rigours of the league game at a ‘ friendly ‘ with Aspatria, which resulted in the bloodiest dressing room I have ever seen. The Atoms had arrived!

Lancaster Rugby was a summer-based rugby league team that played out of Giant Axe for the 2003 and 2004 seasons.  The players were an assortment of existing Heysham Atoms, Hindpool Tigers, Vale of Lune and newbies.

During this period there were also a number of games played under the “Origin’ banner between Lancaster and Morecambe. 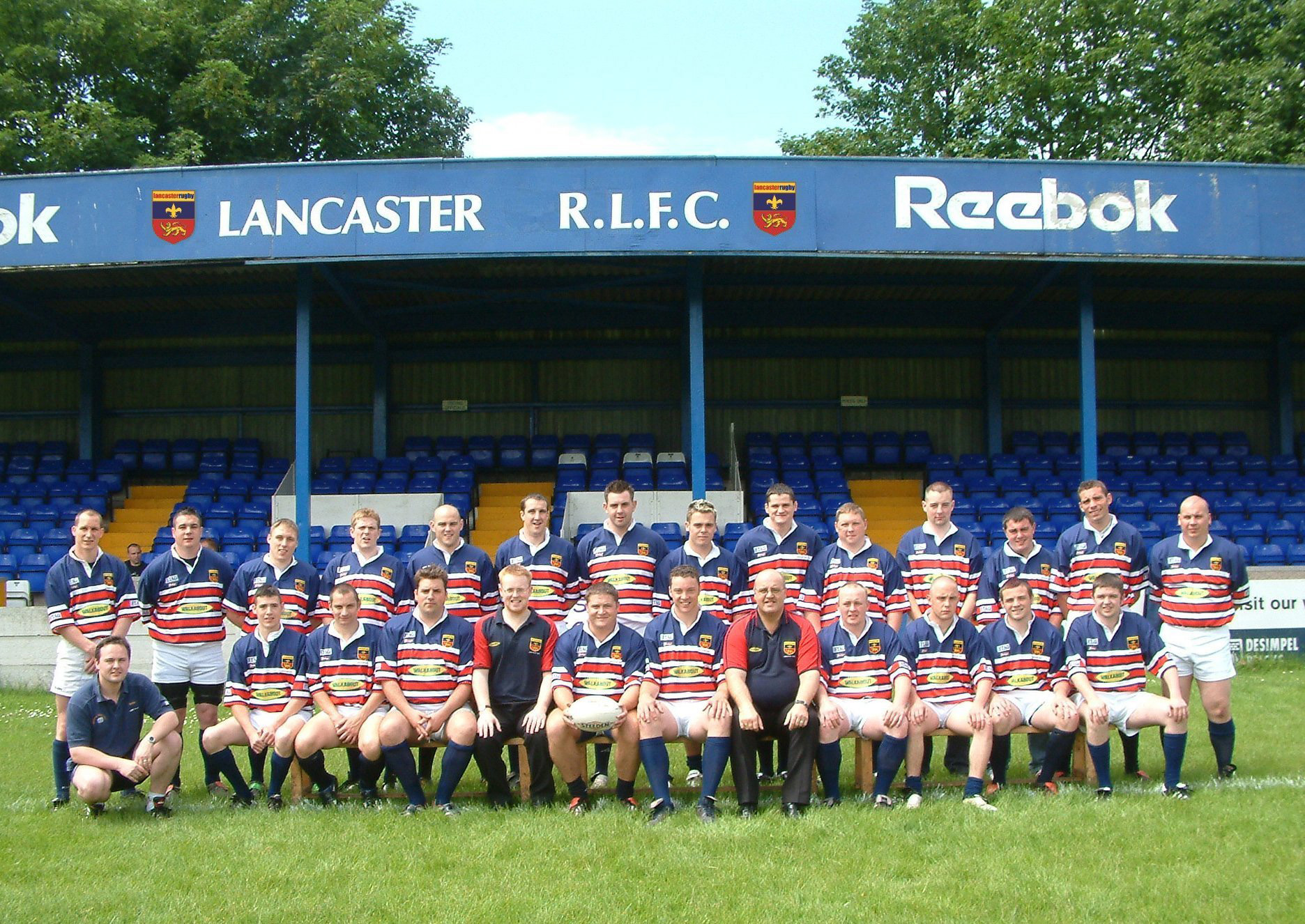 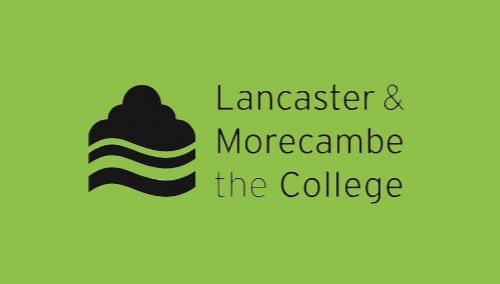 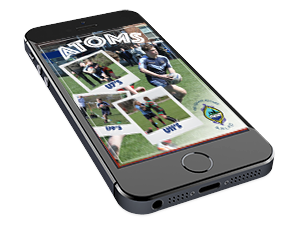